Between Nov. and early March in UK.

Winter pruning of apples and pears is best done while the trees are dormant, usually between November and early March in the UK. Here are three useful articles from the RHS that explain what to do for different types of pruning:

Restricted forms like cordons and espaliers are managed by summer pruning.

Our Autumn Show for 2022 is a bit earlier than usual this year: Sunday 4 September. You can download the Schedule as a PDF. Our member Peter Blakey has compiled some useful tips for showing the most common veg. 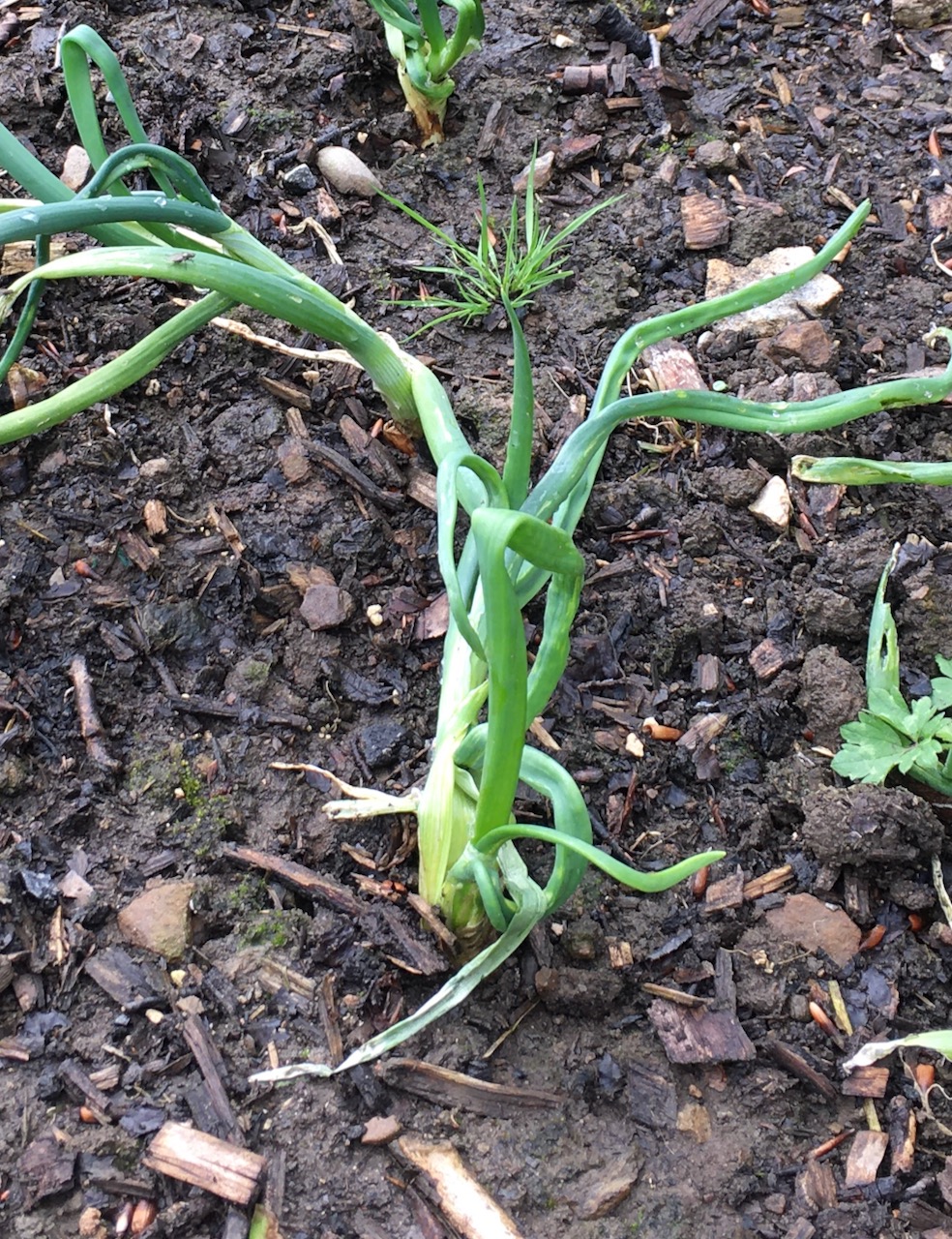 Many of our onion crops have been ruined this year by allium leaf miner. We started to notice them on our alliums (onions, leeks, garlic, etc.) in 2020, but this year the damage is the worst so far. More information here.

Monbiot on soil and the future of food.

Here is an article by George Monbiot on soils, and how we might nurture them in order to keep producing food in years to come.

A useful guide to gardening without pesticides

The Pesticide Action Network has produced a useful guide to gardening without pesticides. The link for the download is about 2/3 of the way down the page.

A safe and effective slug bait?

A researcher in America has found a highly effective, non-toxic and cheap slug bait. Is bread dough what we have been looking for all these years? Why not try it and see? But don’t let the rats reach it!

Minutes of the last meeting were agreed as a true record. Matters arising :

Damien submitted the Treasurer´s Report for Rachael, which showed a healthy balance due to the generous bequest from Gillian North.

Water rates are high and we should find out why there has been such a large increase. Is there a leak?

Discussion on how to identify payments for hut supplies and Joe agreed to create some standard forms. Jenny T-J suggested a docket book with 3 carbon copies would be a simple solution.

Polytunnel lettings were not all being recorded and this needs to be addressed for the coming year.

The accounts are being audited by Yvonne Oughton but the accounts as submitted were accepted by the meeting.

Rosie stated that we have 125 people on the waiting list after a questionnaire from the Council reduced the list by 10%. There were three quarter plots ready to let and people at the top of the list will be offered these plots. Hollin Lane has the longest waiting list for plots in Leeds and is also the site that has reduced the plot size the most.

All stand down, but are eligible for re-election.

Discussion about the rules of entry and the meeting agreed that at the next show only one exhibit, per class, per person would be permitted. There were no entries for the Joe Maiden cup this year and we discussed changing the description. Agenda item to be discussed in the Committee as well as the entry description for the Gill North cup.

Discussion and suggestions were put forward for the money Gillian North left to HLAA which will become a communal resource. Some suggestions:

The coppice wood is in a bad way with bindweed taking over. It was suggested that members be encouraged to ´adopt a tree´ and take care of it by clearing the area around the tree. A tree could be twinned with the plotholder’s plot. Agreed to email membership outlining this scheme.

Jenny T-J agreed to take over from Angie to manage the rota and recruit new fairies. Joe will put the rota on the website and call out for new volunteers.

Many copies of the seed catalogues have been taken but few orders received. The deadline is this weekend. Rosie will send out a reminder.

Our first since the pandemic started

Our Autumn Show on Sunday, 13th September – our first since the pandemic started – was attended by a good crowd of members, and the mood was definitely jolly, thanks to Louise’s idea of vintage dressing and veg-themed head-dresses.

There was a good display of our fruit and veg on show, too, ably judged by Eric Wells and Roger Storr. They continued in our “Joe Maiden” tradition and explained how they made their decisions as they went around the classes. Many thanks to them for coming to judge for us after spending a busy morning at the Bramhope Show!

The final results of the judging were as follows:

There were some delicious refreshments produced by our members on sale on a “pay as you feel” basis. Look out for some of the recipes to appear on our web site.
Huge thanks to everyone who helped make it all happen, and to everyone to turned up and made it all worth while.